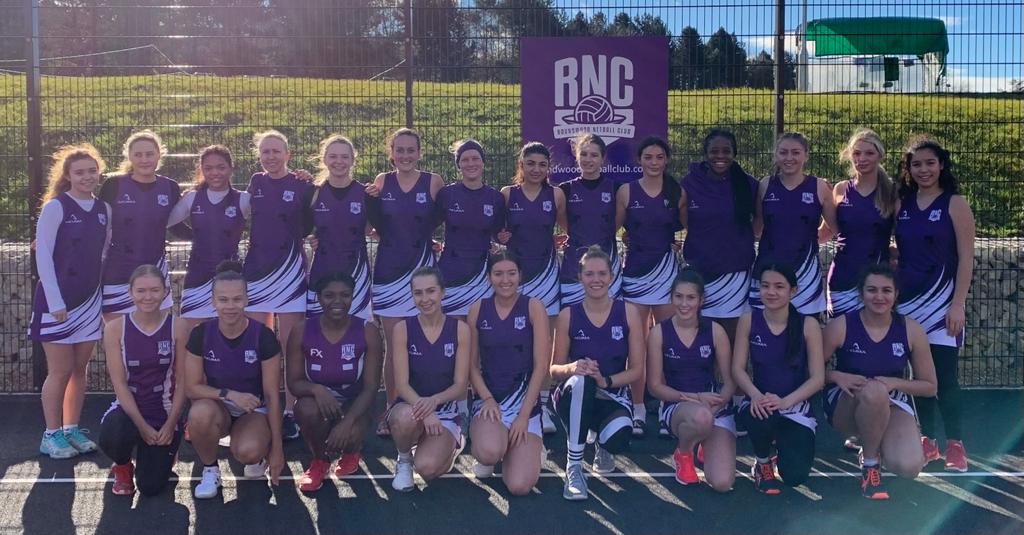 Roundwood had a very successful season across our 6 teams (Regional, A, B, Gold, Silver, Bronze) competing in various leagues during 2021-22.

Well done to our Roundwood Regional team who finished 5th in the Polytechnic Division 1 league. They won 3/12 matches and had some close losses. They will remain in this league next season. Thank you Cara for coaching!

Well done to our Roundwood Regional team who finished in 4th place in the Regional London and South East Division 2 league. They won 6/14 games with lots of close results and good performances. Hard work at training enabled them to secure combinations across the court and improve play over the season. They will remain in this league next season.! 👏

Shannon, the Regional captain, said: “This was a very mixed season for us, off the back of a season and a half with no competitive matches with normal rules. We had some fantastic wins and some disappointing losses, all of which gave us some learning points for next season. We finished middle of the table, which fortunately for us secured us a place in Division 2 again next season, whereas other teams that finished below us will be playing in the new Division 3. We are very much looking forward to next season; we have some strong teams in our Division so we’ll need to work harder than ever before!”

Congratulations to our amazing Roundwood A team for finishing 2nd place in their MET Division 3 league. They won 10/14 games and scored 649 goals (the most in the league) and conceded the second least amount of goals. They will be promoted to play in Division 2 next season. Thank you Heather for coaching!

Congratulations to our Roundwood A team for finishing in 3rd place in their CNL Premier A league, after having been promoted here last season. Their combination of experienced players and young talent secured 9/16 wins. Highlights being beating top of the table Demonettes and a final day of the season win against Karisma to secure 3rd position. They will remain in this division next season.

Congratulations to our Roundwood B team on their outstanding and dominant MET season. They came 1st in the Division 5 league, winning 13/14 games and scored a huge 691 goals to end up with the best goal difference of +350 in the league. They will be promoted to play in Division 4 next season. Thank you Steve for coaching!

CNL Premier B → Runners up

Congratulations to our Roundwood B team on their monumental season. Unexpectedly promoted into CNL Premier B division last season, they defied the odds and finished in a phenomenal 2nd place! Clinical performances, superb enthusiasm and teamwork secured 12/16 wins and scored a huge 632 goals (second best in the league). They beat top of the table CMO on the last day of the season to gain 2nd place. This success is testament to their hard work at training and commitment to matches. They will be compete in a playoff v United A in June to be promoted to Prem B next season.

Gurpreet, the B team captain, said: “The B team have had quite a season. Heading into our inaugural season in Prem B, there were some nerves early on, but a little to our surprise we quickly found ourselves competing for the top spots. We had some great coaching from Steve and the team quickly got rid of those nerves and left everything out on court – and now we’re on play offs for Prem A and finished top of the table in Met league.”

Congratulations to our Roundwood Gold team on their fabulous MET season to finish in 1st place in Division 7 by 1 point. They won 13/14 games, losing only to 2nd place and then beating them next time around. A huge 697 goals scored (the most in the league) and remain unbeaten since October!  They will be promoted to play in Division 6 next season. Thank you Stewart for coaching!

Congratulations to our Roundwood Gold team on their dominant and successful season to finish 1st in CNL Division 3. Performance levels were fantastically high to win 15/16 games, score a huge 603 goals (most in the league) and remain unbeaten since October! They will be promoted to Division 2 next season.

Congratulations to our Roundwood Silver team who finished 2nd in their MET Division 8 league. Great team performances helped to win 8/13 games and score 478 goals (second highest in the league). They will be promoted to Division 7 for next season. Thank you to Jane & Tracey for team managing!

Well done to our Roundwood Silver team who finished in 5th place in their CNL Division 4 league. Hard work in training resulted in improved match performances to win 6/16 games. They will remain in this division next season.

Well done to our Roundwood Bronze team who persevered throughout their MET Division 9 league, finishing in 8th place with some close games and confidence building. It was a great opportunity for some of our youngest and newest players to experience playing in a competitive adult league for the first time. They will remain playing in Division 9 next season. Thank you to Natasha for team managing!

Well done to our Roundwood Bronze team who had a great season to finish 5th in CNL Division 5.  High commitment and effort in training contributed to 6/16 wins and good exposure for some of our youngest and newest players to be in a higher level of competition every week. They will remain in this division next season.

Siya, the Bronze team captain, said: “The team had a slow start to the season as we got to know each other, but it has been a great first season for the Bronze team.”