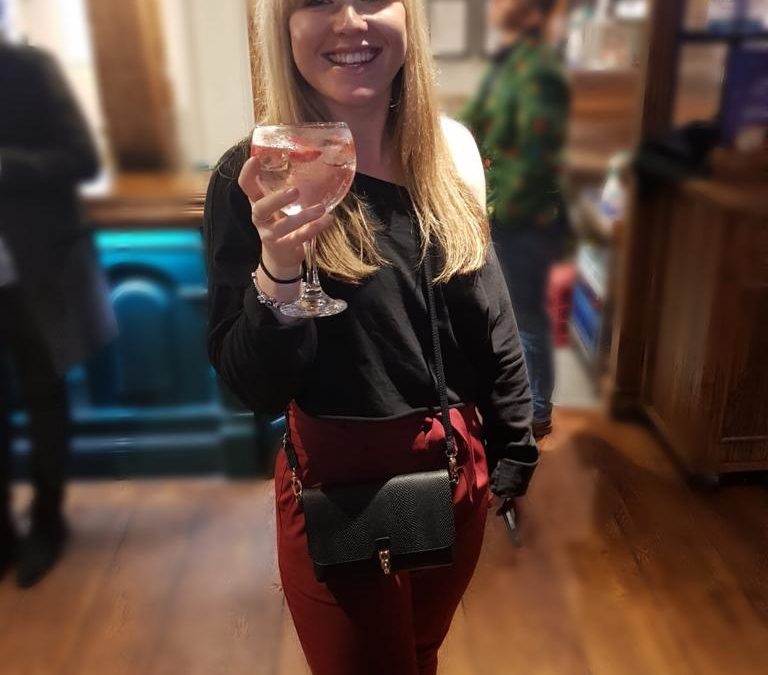 This month we meet with Sophie Clarke who has become a solid and well loved member within our club. Sophie has been involved with RNC since she was a small child and now represents the club in the Regional league as part of the A team.

I joined roundwood when I was about 8 years old, so I’ve been with the club for about 16 years now.

It’s great seeing the younger girls come up through the junior and development section and watching their game blossom in such a brilliant way.

I always watched my Mum play from a young age and would spend their halftime break shooting and shooting and shooting. My primary school did not have a netball squad for any year group except Year 6, so my Mum become our coach at the age of 7. I couldn’t have played without the support of my parents, driving me to matches and training every week. Thanks Mum and Dad.

Sara Palmer mentioned to me that the club were starting a junior section. As Roundwood is local to me it was a no brainier really and I have never looked back.

In terms of sport, I do a lot of running as I’m currently training for a half marathon and lots of gym work too. But that’s when I get time between my shift work and netball training.

You should definitely join a club, not only for the sport but also for the friendships you make. It’s great to keep you fit and healthy and it’s amazing for your mental health!

I won a sports award at school. I was able to use the prize money to spend on an experience of my choice, and as I am a netball fanatic I opted to train with Surrey Storm. I also donate some of my prize money to a Leuka charity in support of a fellow netballer. I also passed my Umpire C Award at the age of 13 despite being told I was too young to umpire.

Hopefully getting promoted with the A team to Regional League 1 and seeing how far we can go as a club.