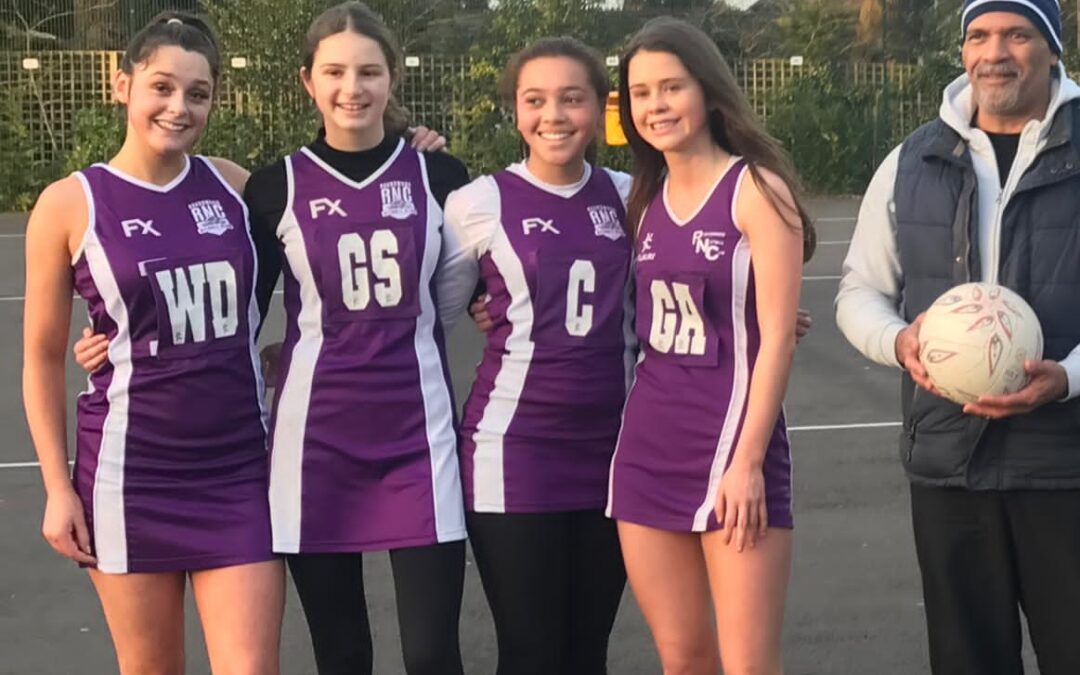 In May 2021, we get to know Rachel Sced who has been at the club for over 10 years, and represented Kent and her school overseas. Rachel has made a huge impact on the club with her netball ability and her shining personality. We look forward to seeing her back on court next season.

How long have you been with RNC?
This year would be my 11th year with the club. I joined Roundwood in 2010 when I was 8 years old.

What made you join RNC?
My previous team, Beacons, had disbanded so I was trying to find a competitive team to play for. I started playing in Selsdon Little League where I met and played with a few girls who had also recently joined Roundwood. I had heard lots of positive things about the club and when my older sister decided to join and loved it, I followed shortly after. I also used to go up to Shirley High when I was younger to watch my Mum play. Roundwood looked like such a friendly, inclusive club which is what attracted us. My mum also really liked the colour of the kit, so that was a big factor.

How did you get into Netball?
I started netball when I was five years old. With the majority of my family playing netball, I have been surrounded by the sport my whole life. When my mum’s team created a junior squad, I was eager to get involved. However, as I was five, I had to sit on the side-line waiting for my sister’s session to finish. To be honest, after a while I think they felt a bit sorry for me and finally let me get involved. I then started to play with a team called Beacons for a year when I was around 6, I really enjoyed it but unfortunately the team disbanded. After that, I joined Roundwood and have been here ever since!

Give us some background knowledge on your netball life so far.
I played for Kent County for a couple of years, playing in their U14’S and U17’s squad. I have also been lucky enough to go on a couple of School netball tours to both Spain and then South Africa in 2019. South Africa was an amazing experience and allowed me to play against some fantastic teams with different playing abilities; this was both challenging and rewarding.
I started umpiring when I was 13 years old and passed my C award when I was just 14. Thanks to Roundwood, I was given lots of opportunities to practise, as well as being surrounded by experienced umpires. I have both umpired and coached teams and I am currently helping coach at a local primary school. I also umpire on Saturdays for CNL and the Met League and I am looking forward to umpiring and playing when restrictions are lifted.

How did you find RNC?
Through Selsdon Little League; I played with and against girls at the club. I felt like Roundwood gave me the chance to develop in a competitive and friendly environment.

What do you do beyond Netball?
Despite me playing netball around 4 times a week, I started to play rugby for my school team. Much like netball, I enjoy the competitive team spirit and after a while, I started to play for a local team. I hope to continue with both sports in the future.

What would you say to others to encourage others to join any sports club?
I would definitely encourage people to join a sports club. Especially for me, I have learnt a lot from being just 8 years old when I joined Roundwood, to where I am now. Roundwood has helped me get to the level I am at and I hope to continue to develop and grow with the club in the future. It is also fantastic for your social life; you get to meet really lovely people and make lots of friends. It is a fun way of keeping fit and healthy.

What is your biggest RNC/Netball achievement?
Throughout my years at Roundwood, I have been lucky enough to receive various awards. I was presented with a Jack Petchey award after a few months at Roundwood, so I instantly felt at home. I am also grateful for receiving the most talented all-rounder for 2 years in a row. Another big achievement of mine at Roundwood is when I received the CNL umpiring award in recognition of my umpiring for the league!