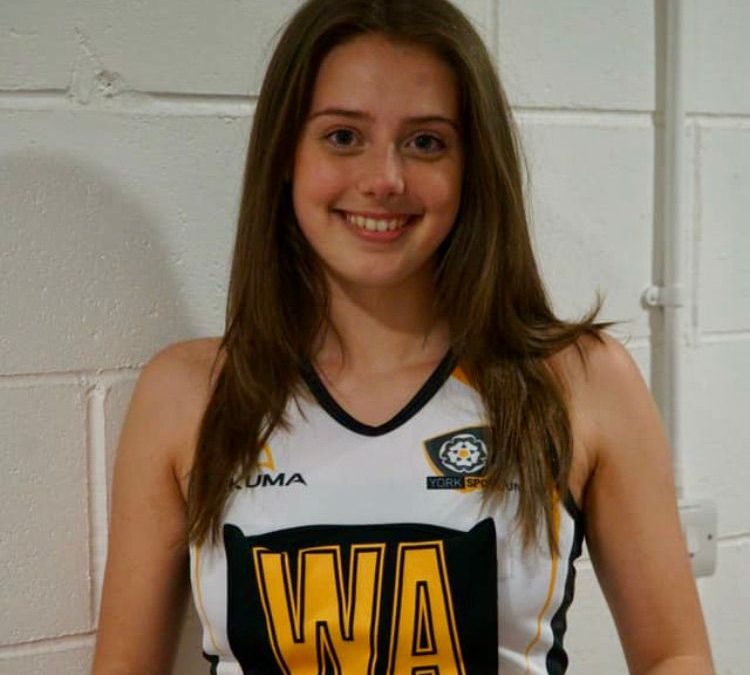 This month I am pleased to introduce Lizzie Sharp who has been with our club since she was small, and has grown into a strong character both on and off court. In our blog Lizzie gives us some background on her netball career before university and also her time at the University of York. We welcomed her back to RNC this season after graduation and is now part of our Regional team. Watch this space of a very talented player ….

How long have you been with RNC before you went to uni?

I’ve been a part of RNC for as long as I can remember. Thinking back, this must be a good 10 years!

RNC provides a space for competition and socialising – both things I thoroughly enjoy.

RNC has always been known for its friendly and welcoming culture, that’s why so many of us, including myself, have joined over the years.

I’ve grown up in a sporty family, with parents who have always encouraged my sisters and me to try all different sports. Without a doubt, netball was my favourite and is the reason why I’ve continued with the sport.

Give us some background on your netball life so far including your umpire and uni Life?

I started playing netball at Selsdon Little League when I was 9. I then joined RNC and progressed over the years to the A team. I was fortunate enough to be selected for the Surrey Elite Academy at 14, alongside gaining my C award umpiring qualification. In 2018 I moved North to The University of York and played in the First team for all three years. Upon my return, I have been selected for RNC’s Regional team and am excited to play with a group of talented girls.

Joining RNC was definitely the right choice for me, with weekly training and matches being right on my doorstep. Plus, my older sister was already a club member.

I’ve recently just started my first ‘proper’ job in London at a Data Consultancy and am really enjoying having a routine and of course, money! Alongside this, I enjoy socialising in my free time, going out with friends regularly for a cocktail or two.

Joining a sports club provides a space for competition, socialising, de-stressing and most importantly, a place to have fun. Playing netball at RNC, school and university has been one of the best decisions I’ve made!

My biggest uni netball achievement must be being a part of the First team and winning Roses in 2019, York’s equivalent to Varsity. With being the underdogs and having the opportunity to open the ceremony, the team were under even more pressure to win. However, this didn’t deter us, but instead motivated us and as a result we secured a victory; something that York hadn’t managed to achieve in the last 12 years. This fantastic uni achievement is closely followed by playing for Coloma Convent Girls school, who came 11thin the 2018 England Netball U18 National Schools Final, coached by Roundwood’s very own Cara McCartney.