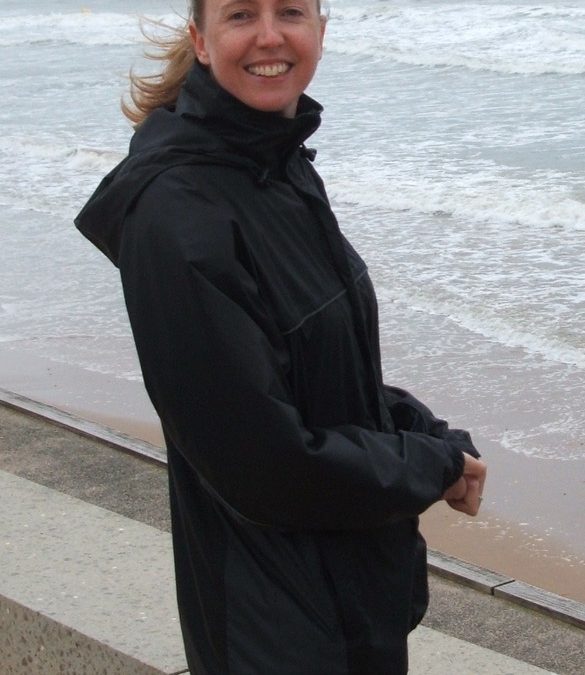 This month I am delighted to welcome Helen to our blog post. Helen is our first Back to Netball player to be interviewed and she is one of the first members to join B2N which was launched earlier this year. Helen has always been involved in netball and credits our new B2N section for giving her an avenue back into the game and being selected for RNC B team. Read on to learn more …

I joined Back to Netball in April 2021 so not very long!

It has to be the people.  Amy and Jo have been amazing coaching the B2N and everyone has been so lovely and welcoming.

I have a good friend to thank for encouraging me to try the B2N sessions.

I started playing netball in my last year of primary school.  I was quite tall for my age so I think that helped!

Give us some background on your netball life.

After university I played for Howard Netball club (now HS) and enjoyed many seasons with them until I joined the Met Police in 2003 and had to take a step back due to shift patterns.  Fortunately the police have a national league and I was able to carry on playing netball for the Met Police South Team for a few years until a back injury forced me to hang up my skirt in 2007.  Life then took over and despite a desire to return to the court it wasn’t until I joined B2N earlier this year that I finally made it.

I love curling up with a book, a trip to the theatre (can’t beat a good musical!) and spending time with friends and family.

Playing sport is a great way to keep fit doing something you enjoy with like minded people in an environment that offers a real sense of community.

Making a return to netball after 14 years and being fortunate enough to be selected to play for Roundwood B.

What is your favourite part of your RNC?

I have loved being part of the B2N group.  It’s been great fun and I can honestly say that without Back to Netball I wouldn’t be playing now as I wouldn’t have had the confidence to jump straight back in. So a big thank you to RNC for starting up the B2N group and for getting me back on the court!