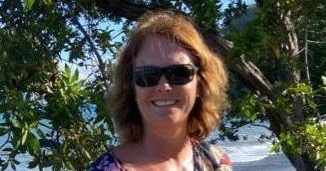 This month we focus on Helen Sharp who is our Junior Secretary. Helen has enrolled her 3 daughters with Roundwood and we are still pleased to have Helen’s youngest daughter in our C Team.

My eldest daughter joined in 2008.

It was way before social media and websites were popular. A teacher at Riddlesdown suggested my daughter join Roundwood.

What is your favourite part of the Club?

I played netball at school but have never played competitively. However, all three of my daughters either play or have played for Roundwood and I am very active in supporting them as much as possible. My husband, Stewart, is also a Level 2 qualified coach so we are very much a “netball family”.

What made you take on the role of Junior Secretary?

I have always been actively involved with Roundwood. I initiated and have organised Roundwood’s participation in the Nonsuch Junior League for the past 8 years plus have attended many of the Club’s AGMs. It was at one of the AGMs that Sara asked me to take on the unpaid, voluntary role of Junior Secretary. The role can be time consuming, especially at the start of the season, but also very rewarding and I would strongly recommend anyone wanting to help shape the future of the club, to take on a voluntary committee role.

How long have you been doing the role of Junior Secretary?

I work 4 days a week at a local secondary school. In my limited free time I enjoy pilates, zumba and walking in the Devon countryside.

Definitely give it a go. Sport is not only important physically, it is also really good for your mental health. Long standing friendships can be made and the skills learned from being part of a team are very beneficial for everyday life.