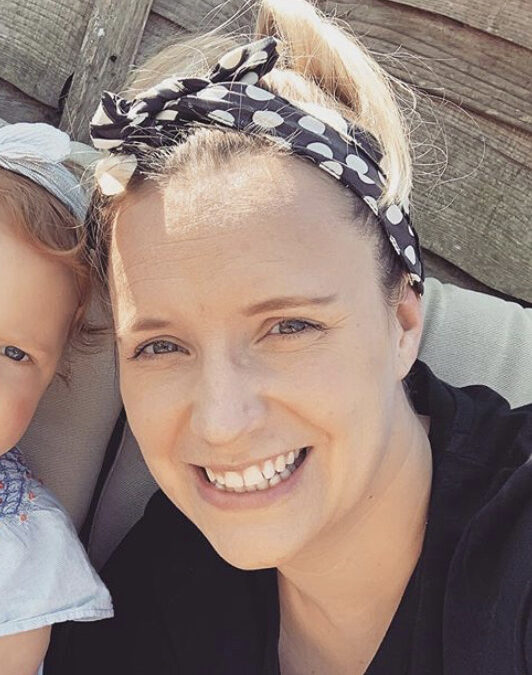 In October we hear from Cara who was our first external club coach. She has been a central part of our coaching team especially with our Regional A team, whilst staying committed to her pupils at Caterham School.

How long have you been with RNC?
About 5 years.

What made you take on your role?

I am the club’s Regional team coach. I was invited by Sara to come and coach a one off session with what was currently the County league team and loved it straight away. The club’s atmosphere and ethos are great to be a part of and I have coached the Roundwood A and B squads ever since.

I have played netball since primary school and started in my school team in Year 4. Apart from 2 seasons off for an ACL injury, I played all the way up until I retired two seasons ago!

I am the Director of Netball at Caterham School so I spend a lot of time on a netball court. When I’m away from that, I spend my time chasing around after my very energetic 2 year old!

Biggest RNC achievement was achieving promotion into the Regional league and maintaining our position as one of the highest performing clubs in Surrey. Personally, my biggest netball achievement was captaining the Loughborough University 1st team to the BUSA championship title in my final year.

Gaining promotion into the Regional Div 1 and ultimately gaining a place in the England Netball Premier League. With the talent we have in the club I know it is possible!