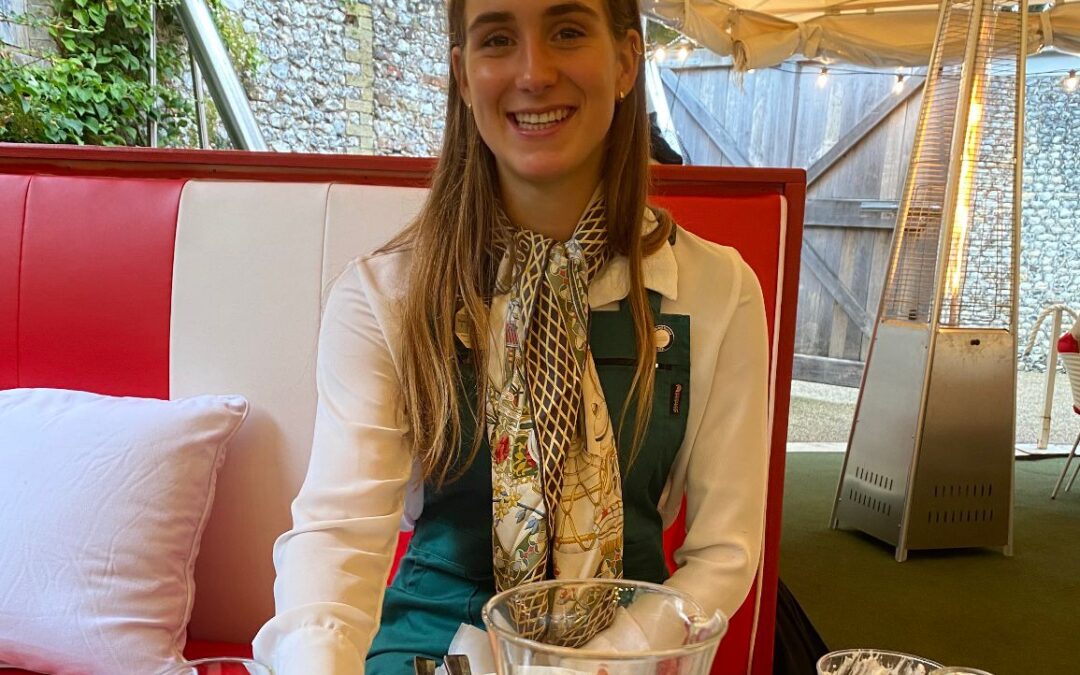 This month we welcome Annie to our blog plus welcome her to RNC as she has recently joined our Regional team. Annie has been involved in netball to an extremely high level and current represents Team Bath and Surrey Storm U21’s. Her story shows that perseverance and love of the game can enable you to reach the top, whilst having fun along the way
How long have you been with RNC?
I joined RNC at the beginning of the season so I’m a bit of a newbie
What is your favourite part of the club
The people! It does sound very cheesy but I’m sure everyone can agree that even if netball training is the last thing you want to do on a Wednesday evening or you really aren’t feeling the match on Saturday as soon as you rock up there is a friendly Roundwood player with a big smile saying hi! This welcoming and fun environment carries on for the whole training session or match. I also think the coaching and quality of play is really good, every training sessions allows me to improve my skills or learn new ways to overcome tough opposition and adapt my plan to ensure the win.
What made you join RNC?
I went with my gut. In truth I was really torn between Roundwood and Downs Netball Club. I had been to training sessions at both Downs and RNC and was completely torn, and I had about 12 hours to make the decision which made it all a bit more dramatic. So my boyfriend asked me a bunch of random questions completely unrelated to netball and ended on Roundwood or Downs (a bit like the scene from Friends – the one where they go to Vegas) and I said Roundwood. I’m so so happy that I joined RNC as it truly is a lovely lovely club with great players and people.
How did you get into Netball?
I started playing netball in Year One and just never really stopped. I’m very grateful that my school and club encouraged me to play from a young age and of course I am so thankful for my parents who have done their fair share of taxi driving, sideline supporting and providing lots of netball snacks over the past 15 years.
Give us some background on your netball life
I’ve been playing netball for around 15 years through school, club, university and most recently Team Bath and Surrey Storm. If anyone has ever seen me umpire it will be very clear that I have NO umpiring qualifications. I would love to complete my level 1 & 2 coaching so that when my netball legs have retired I can still stay involved in the sport. I’m at the University of Bath studying Social Policy although I’m on my placement year at the moment which means I have moved home whilst I work in London. I am so excited to go back to uni next year and can’t wait for BUCS netball which was unfortunately cancelled in my second year and stopped short in my first year.
How did you find RNC?
My boyfriend’s mum, who is a great net baller and coach, recommended RNC to me as she knew players from the club and had heard only wonderful things about the players and quality of coaching.
What do you do beyond netball?
Day to day I’m completing my industrial placement at the Bank of England, it’s really exciting and definitely an interesting time to be working at a Central Bank. A lot of my time is spent between work and netball but when I do have free time I love spending time with my friends, quite a few of my uni friends are on their year abroad so I’ve got flights booked to visit them in summer when netball slows down. I also really enjoy cooking and recently have spent a lot of time making plant based dinners and snacks.
What would you say to encourage others to join any sports club?
I would say just come and have some fun. Don’t worry about your ability, sport brings out the best in people and in an environment like Roundwood I can guarantee you will be met with smiley faces and lots of energy. I also think everyone played their best netball when they just enjoying it and having fun.
What’s your biggest Netball achievement?
I think my biggest netball achievement has been being selected for the Team Bath and Surrey Storm U21’s over the past two seasons. Particularly my progress from last year as I wasn’t selected for any match day squads with Bath but I have been with Storm and managed to get on court for each match. I’m a big believer that you don’t need to get it right from the start, I think you become a much better player when you are open to learning and perseverance.  Netball is such an exciting game from the contact, movement off the ball, variety of passing and fast paced so I’m just so happy every time I’m able to get on court or learn something new at training.