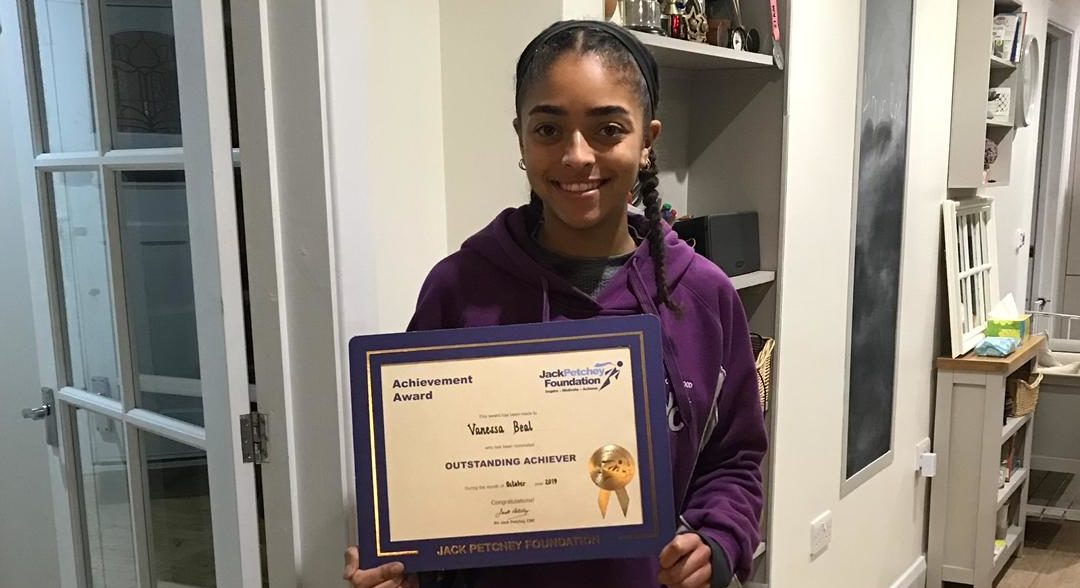 Ness deserves this award for many achievements. She is a superb mid-court player. At club level she has improved her standard of play each season enabling us to frequently promote her to higher level teams. Last year she captained her team.

Spectators often comment on how much they enjoy watching Ness play because she has a balletic quality to her movement and is able to pluck balls out of the air to catch them with apparent ease, although of course it requires great skill.

We are immensely proud that Ness represented England this summer in Nets, a variation of traditional netball played within an enclosed netted area. Aged 17, Ness was one of the youngest members of the under 21 Women squad that travelled to South Africa in August 2019 to play a series of matches against the hosts plus Australia and New Zealand.

This Autumn Ness has been selected to be part of the development hub for local Super League team Surrey Storm, an opportunity which is well deserved.